A Guide to the Most Overused Over-the-Counter Medications 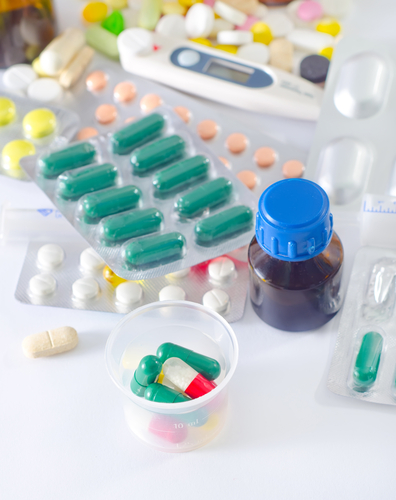 It helps to have a guide to the most overused over-the-counter medications. Although you may feel like drugs that are available without a prescription are safe, there are still multiple side effects possible and, when not taken appropriately, they can be dangerous. Over-the-counter medications can also be misused, such as taking them for something different than their intended use.

Some common over-the-counter medications that are not always used correctly are acetaminophen, anti-inflammatories, cough syrup, cold medicines, ephedrine, diet pills, and sleeping pills. Their misuse and overuse lead to a number of different issues and can result in long-term problems.

Acetaminophen is an active ingredient in pain medications; one of the most popular ones being Tylenol. It relieves pain and reduces fever and is safe and effective when used in the proper doses. Acetaminophen is often overused by being taken more frequently or in bigger doses than recommended.

USA Today reports that the therapeutic dose and the toxic dose of acetaminophen are very close, which means that it doesn’t take much to overuse it. It is especially dangerous in conjunction with alcohol, as it can lead to liver damage.

Medications that decrease inflammation and relieve pain are extremely popular. Some examples of medications that contain anti-inflammatory drugs are ibuprofen (Advil, Motrin), naproxen (Aleve), and aspirin, according to WebMD.

Because they are so common, many people don’t see anything wrong with taking higher doses of the medications when they are in pain. Unfortunately, there are many side effects and long-term effects for overusing them. Not only should they be taken according to the label directions, but they shouldn’t be taken more than 10 days in a row.

Over-the-counter medications for colds and cough are some of the most over-abused drugs. One of the active ingredients in cold syrup is DXM, also known as Dextromethorphan. It is a fairly safe ingredient when used in the recommended dose but is dangerous at high levels.

DXM has become a popular street drug because it results in euphoria in high doses. Side effects of DXM abuse include increased heart rate, vomiting, increased blood pressure, impaired motor function, and numbness. The Minot Air Force Base says that the cases of overdoses and poisoning from DXM between 1999 and 2004 had a seven-fold increase.

Another ingredient that leads to over-use of cold medications is pseudoephedrine. It is used to make methamphetamine, which has become an extremely popular illegal drug. In fact, because it is one of the most addictive drugs, there have been protections put in place to prevent high sales of cold remedies and other medications that contain pseudoephedrine.

Once a main ingredient in diet pills, ephedrine is a stimulant that has been known to cause cardiovascular problems. Its actions are similar to adrenaline in that it affects your central nervous system. Some partygoers use ephedrine as a substitute for Ecstasy.

Another area that ephedrine is abused is in athletics. It can help increase athletic performance and increase oxygen uptake. Because of its side effects such as psychosis, muscle injury, restlessness, memory loss, dizziness, headache, seizures, nausea, heart attack, stroke, and even death, the IOC and NCAA have banned its use by athletes.

Although ephedrine is no longer allowed in diet pills manufactured in the United States, diet pills still contain stimulants that, when overused, can cause multiple issues. Some of the stimulants used in over-the-counter diet pills are Chinese herbs and caffeine.

The amount and quality of stimulants in diet pills are not regulated by the FDA like other medications are. Because of this, overuse or misuse of diet pills can result in irregular heartbeat, high blood pressure, tremors, anxiety, chest pain, and insomnia. Diet pills are not good for long-term use and can screw up your metabolism.

Sleeping aids that are available over the counter are extremely popular with those with sleep problems. Sleeping pills should only be used for the short term, but many people use them nightly for long periods of time. Long-term use results in multiple unwanted effects.

When you over-use sleeping pills, your body becomes dependent on the drug ingredients to sleep and, eventually, it needs even higher doses for it to be effective. Side effects include drowsiness the next day, dizziness, forgetfulness, blurred vision, clumsiness, dry mouth, dry throat, and constipation.

If you need to take an over-the-counter medication, use good sense and caution. Read the label and take no more than the recommended dose, and try to take even less. Don’t take them more frequently than is recommended and look for contraindications such as alcohol use or other medications.

Only use the medications for their intended use. The National Institute on Drug Abuse warns that, when over the counter drugs are taken when symptoms aren’t present or in incorrect quantities, the brain is affected in ways that are similar to illegal drugs.

Why Would I Need Lipitor?