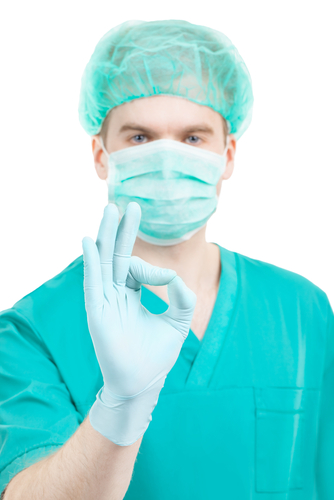 There is a famous joke that says having a vasectomy means never having to say you’re sorry. Nevertheless, if you are considering a vasectomy, you are well aware that it is no laughing matter.

At the mere mention of the word vasectomy, many men develop a pained expression on their face and may even involuntarily grab their groin area. A vasectomy is often mistakenly viewed as a loss of manhood. However, it is the best defense possible for a man who wishes to prevent the possibility of an unplanned pregnancy. There are numerous myths and questions surrounding this procedure, such as whether vasectomies are safe.

What is a vasectomy?

Inevitably, anytime you talk to someone about vasectomies, they will either recite their favorite funny quote about the process or expound on a story about some unknown individual who had an operation go dreadfully wrong. Rest assured, these people surely do not have all the facts.

Simply put, a vasectomy is another name for male sterilization. It is a procedure that prevents sperm from combining with semen, which could then fertilize the egg released by a female during sexual intercourse. The sperm in the semen is what fertilizes the egg and fertilization is what causes pregnancy. Therefore, no sperm equals no accidents or unexpected pregnancies.

When a man undergoes a vasectomy, the physician will remove or block the tube that sends the sperm into the semen. This pathway is located in the testicles. It is important to note that the man will still be able to achieve an erection and will still ejaculate with the same feeling as before. The difference is that there are no live sperm to worry about.

The surgery is done on an out-patient basis and involves two small incisions in the area. Your doctor will then snip or close both tubes, which are called vas deferens. In most cases, the process is done in less than an hour and you can go home. Some soreness and discomfort should be anticipated after the vasectomy and could last for a few days.

There is now even a practice in which vasectomies are performed without any cutting at all, where the vas deferens is clipped instead. This can decrease recovery time and some of the anxiety many men feel regarding the operation. You should discuss all options with your physician to find out what is best for you.

Typically, having a vasectomy means you will never be able to produce children after it is over. This form of birth control is expected to last forever. For this reason, you should think it over very carefully and be absolutely certain that you are making the right decision.

Are there any dangers to having a vasectomy?

In the land of birth control, there are several pros and cons for every method. Female selections often entail hormones, which can affect the body for years, or on-the-spot approaches that can ruin spontaneity and leave you at the mercy of possible mistakes. The choices for men are limited because there are millions of sperm cells to block in just a small amount of semen and many products on the market do this by sacrificing the overall sensation.

Vasectomies are the one option for men that work from within the body rather than externally. It is considered to be safe and virtually 100% effective in preventing the chance of an unintended pregnancy. The likelihood that you will experience any difficulties is rare to never.

Among the potential dangers is unanticipated blood flow beneath the skin or the development of an infection, but these are risks that can occur in any surgery. Another hazard for vasectomy patients is misunderstanding the doctor’s orders. It is crucial to restrict your activity until you feel better and to refrain from unprotected sex until your physician determines that your semen is totally free of sperm.

Today, a vasectomy is considered to be a routine operation that is performed more than 200,000 times each year, according to the National Institutes of Health. You will gain peace of mind and never have to worry about birth control ever again.

How much does it cost to get a vasectomy?

On average, a vasectomy can cost anywhere from a few hundred dollars up to a few thousand dollars. Remember, you will also require a follow-up visit with your doctor to confirm that there is no longer any sperm in your semen. Most major insurance providers will cover the cost of a vasectomy but you should contact your healthcare representative to be sure.

Generally, vasectomies are deemed to be one of the most cost-effective types of birth control available. Over time, you would probably end up paying a lot more for other alternatives such as condoms or sperm-killing products. It is definitely cheaper than an unplanned pregnancy.