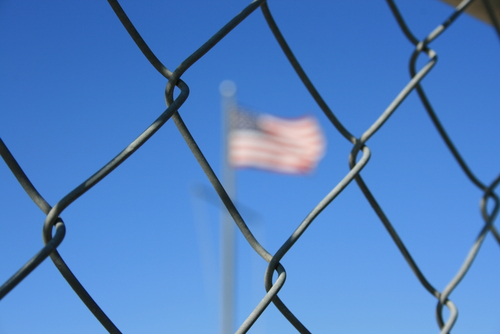 Illegal immigrants may buy health insurance, although they may have limited options. They are also currently not allowed to participate in other health insurance options, but do receive emergency health care when necessary.

What health insurance is available to illegal immigrants?

Illegal immigrants may buy health insurance from private health insurance companies but not every plan may be available. Because many illegal immigrants may be working for companies that do not officially document them on the payroll, they may not be eligible to participate in-group health plans offered by an employer. However, they may purchase individual policies through private insurers.

What are the benefits and detriments of individual health insurance policies?

Smoking, for instance, nearly always increases the cost of the policy, as do pre-existing medical conditions. Private health insurance companies may also deny coverage to individuals if they are not up healthy standards the company wishes to insure.

A major benefit for individual health insurance policies is the flexibility for the individual, who is not locked into a group plan’s provisions but may have some leeway when it comes to choosing options of his or her own. Another major benefit is the health insurance company’s ability to extend coverage to people regardless of their immigration status.

What is the typical health status of illegal immigrants?

Illegal immigrants generally come to the U.S. during their peak working years, Newsweek reports, which means they are also generally healthier and younger than the existing population.

Being younger and healthier means health costs are typically lower. Newsweek estimates the cost for health care for the typical illegal immigrant at 55% less than an existing U.S. citizen of the same age and with similar traits.

Although the Newsweek article argues that allowing such healthier and younger people into a group insurance plan may lower the premiums for everyone in the plan, illegal immigrants are not lawfully allowed to participate in every health insurance option.

What health insurance is not available to illegal immigrants?

Prior to 2009, for instance, even legal immigrants who were in the U.S. less than five years could not receive government-funded Medicaid and CHIP programs, according to the Kaiser Family Foundation. The ban on the five-year residency requirement has since been lifted, and states have more flexibility for extended coverage to illegal immigrants in some cases.

California’s Medi-Cal program, which offers health insurance for low-income California families, requires proof of legal residency to fully participate in the program, but does extend limited coverage to illegal immigrants. The Contra Costa Health Services website notes that emergency services and pregnancy-related care are available to children and young adults even if they are illegal immigrants.

California has a number of other health insurance programs that may extend coverage to illegal immigrants if they meet certain requirements. Undocumented children may receive coverage under the Kaiser Permanente Child Health Plan if their families are not eligible for other plans.

Basic Health Care is a California plan that does not require proof of citizenship, although it has its own set of other restrictions. Low-income is one of them, as is receiving medical care from specific health centers that participate in the program.

Each individual state has a certain amount of flexibility when it comes to health care programs and other states may have plans similar to those found in California.

What is Medicaid and CHIP?

Medicaid is a federal health program that provides medical services to specific families and individuals who meet the requirements. Federal requirements include being a legal U.S. citizen, although according to MedicalNewsToday.com, each state has some flexibility to set the scope of services, eligibility standards and how much the services should cost.

CHIP is a children’s version of Medicaid for individuals up to age 18 that is administered in a similar fashion. CHIP also requires the individual meet specific standards, such as being a legal U.S. citizen or permanent resident, although the child’s parents may be illegal immigrants, according to the Children’s Medicaid website.

Is Reviews Help To Pick And Collect Valid Information?

How Often Should I Undergo MRI Scans?