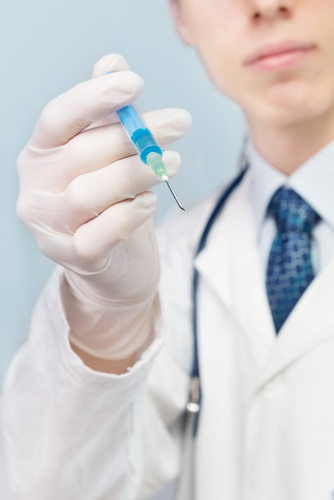 Bird flu is an infection that is caused by the avian influenza Type A viruses. Occurring naturally within aquatic fowls worldwide, the viruses can infect domestic birds and other animal species. While the virus does not normally attack humans, sporadic cases have been reported.

Bird flu or avian influenza has been in the news because of some recent outbreaks in China. While no other country has recently reported any cases of the avian flu, doctors and researchers are prepared to deal with the possibility of a widespread epidemic.

Towards that end, the United States federal government does maintain a stockpile of H5N1 vaccine that can help prevent the spread of a particularly virulent manifestation of the bird flu. This vaccine is meant to prevent infection for those between the ages of 18 and 65.

But this vaccine is not available to the public at this point and will only be used if the highly pathogenic H5N1 version of the bird flu begins to transmit from person to person.

What is bird flu?

There are three types of flu viruses. Viruses A and B cause the common or seasonal flu that is generally seen between October and May in the U.S.

The Type A virus, which is usually seen among certain wild aquatic birds such as wild ducks, gulls, geese, swans, and shorebirds, causes bird flu. But it can also manifest within humans, poultry, and domestic animals.

Avian flu comes in two versions: low pathogenic and high pathogenic. The difference is based on the molecular structure of the viruses and the fatality rate as seen among infected birds. Symptomatically, the low pathogenic flu can remain undetected with mild symptoms such as ruffled feathers or a drop in egg production. The high pathogenic variety causes quick death and is highly communicable.

Three of the most important versions of avian flu that infect birds and humans are influenza A H5, A H7, and A H9.

Flu A H5 has been seen worldwide and is highly pathogenic. Recently reported in 15 Asian and Middle Eastern countries, this flu manifests as severe pneumonia and has a 60% mortality rate.

Flu A H7 has been seen as nine potential subtypes and is known to infect humans who work closely with infected birds. The human symptoms include conjunctivitis and upper respiratory tract symptoms. Recent cases of death have also been reported.

Flu A H9 has also been seen worldwide in nine variations or subtypes. Rare infection within the human population has manifested as mild upper respiratory tract illness.

What are the symptoms of avian flu?

The symptoms depend on the subtype of avian influenza that has infected the patient. Low pathogenic avian flu is generally non-fatal. The symptoms include conjunctivitis, fever, cold, sore throat, muscle aches, and in some cases, pneumonia that requires hospitalization.

In the case of highly pathogenic bird flu, the patient is likely to experience a range of symptoms. These include: conjunctivitis; flu symptoms; severe respiratory problems like shortness of breath, viral pneumonia and respiratory failure; multi-organ failure; stomach pain and diarrhea; neurologic manifestations such as seizures; and even death has been known to happen.

What are preventative measures for protection against bird flu infection?

At this point, the best way of prevention is to be aware of sources of exposure, and to avoid them. Since research shows that most bird-to-human transmissions have occurred when there has been direct and prolonged contact with sick or dead infected poultry, it is best to stay away from known sources such as poultry farms, etc.

If you do happen to work with birds, you should learn about all associated biosecurity and infection control steps. These include the use of personal protective gear and following high levels of personal hygiene.

The Centers for Disease Control and Prevention as well as the World Health Organization have created elaborate and detailed manifestos that provide information about the prevention and cure of avian influenza. Their protocol should be followed closely if one is working within risky conditions or has been infected.

If you are traveling to any countries that have experienced an outbreak of bird flu, make sure you get a regular flu shot. While this does not prevent bird flu, it will lower your risk of simultaneous infection. Stay away from any sources that house birds, such as poultry farms, open air markets, and bird stores.

Additionally, personal hygiene is very important. Make sure you wash your hands with hot soapy water, carry disinfectants, and use hand sanitizers that are 60% alcohol.

If you eat chicken, make sure that it is thoroughly cooked. Avoid raw eggs since eggshells are often contaminated with bird droppings.

What is the treatment for bird flu?

If you are diagnosed with the infection, you are likely to receive specific prescription antiviral medicines such as oseltamivir and zanamivir. The Food and Drug Administration has approved these for use in the US.

How Much Is Health Insurance For A Family of Four?

The Way We Are Connected with maple syrup