Five CBD Products That Faced Lack Of Demand During COVID-19

AWARE.MD - Health and Medical AwarenesYour Dose of Daily Health
Home Digest How Do I Calculate My Body Mass Index?
DigestHealth
May 18, 2020

How Do I Calculate My Body Mass Index? 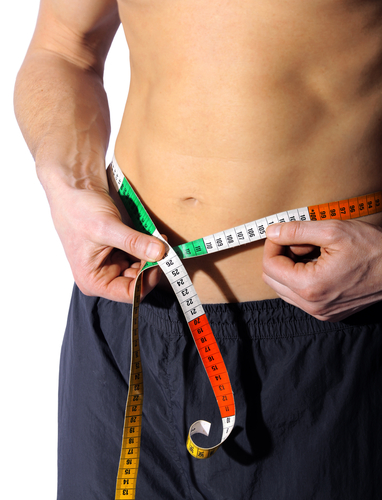 Using a formula to calculate body fat is not a new pursuit. In the nineteenth century, Adolphe Quetelet, a statistician in Belgium, computed the Quetelet Index of Obesity, which is now known as the Body Mass Index or BMI. In the formula, obesity was measured by dividing a person’s weight (in kilograms) by the square of his or her height (in inches).

Now BMI is an international standard for measuring obesity and body fat. While the indications of BMI numbers are the same for adults, it varies for children based on age and gender. Doctors use BMI charts to determine the likelihood of weight-related diseases, as one indicator among many.

What is the formula for calculating body mass index?

BMI is calculated using the height and weight of a person. This number lies within a range that indicates whether a person is underweight, normal weight, or overweight.

In the U.S., BMI is calculated using inches and pounds, while in countries using the metric system, the formula uses meters and kilograms.

What do the BMI numbers mean?

According to the Centers for Disease Control and Prevention, BMI is used to assess your body weight and its tendency to be impacted by weight-related diseases. So doctors use BMI as a screening tool to determine your risk for developing obesity or weight-related conditions.

The BMI ranges apply equally to all adult males and females though certain leeway is given based on age, gender, and race. A BMI less than 18.5 is considered underweight; between 18.5 and 24.9 is considered healthy; between 25 and 29.9 is overweight; and anything 30 and above is obese.

The BMI chart for children is calculated and interpreted differently. This is because, as children grow, their body fat ratio changes. Additionally, girls and boys have different fat amounts in their body. So, the interpretation of children’s BMI numbers have a strong age and gender component attached to it.

What are the consequences of being overweight and underweight?

A BMI that lies outside the normal range indicates the possibility of multiple health problems, as well as the likelihood of emotional and self-esteem issues.

Some of the common health risks of being overweight or obese are hypertension, high triglycerides, high cholesterol, diabetes, coronary heart disease, arthritis, respiratory problems such as sleep apnea, and higher incidence of certain cancers.

Being overweight impacts quality of life by making it difficult to walk, bend, and climb stairs, among other relatively simple tasks. It makes everyday activities such as driving and grocery shopping tough to perform.

Additionally, being overweight can take an emotional toll on people. With the increasing focus on appearance and body consciousness, not toeing societal lines can lead to low self-esteem, depression, isolation, and anger issues. In the case of children, being overweight can make them the target of bullying and teasing.

While less attention is paid to being underweight, this also comes with its own set of health issues. Being underweight can be a sign of malnutrition, which can lead to loss of hair, brittle bones, and osteoporosis, and higher incidence of lung issues such as bronchitis. People who are underweight have a higher likelihood of having a compromised immune system.

Additionally, underweight pregnant women have a higher risk of miscarriage, while underweight men might have lower sperm count. Underweight women are more likely to have amenorrhea and anemia.

Similarly to overweight people, overly thin people also deal with low self-esteem and low-confidence issues. This might be increased in men who are underweight.

If you are experiencing sudden and unexplained weight loss, you should consult your doctor. Such weight loss could be symptomatic of a larger health issue.

Is BMI always an accurate measure of body fat?

BMI is a popular and largely accepted screening tool for obesity. However, it is important to remember that it is one of many such instruments available to health professionals.

There are specific cases where the BMI is not the most accurate indicator. For instance, BMI cannot distinguish between body fat and body muscle. Since muscle mass weighs a lot more than body fat, the BMI chart will indicate that an athlete is obese.

Similarly, in case of older adults, the likelihood of muscle and bone attrition is higher, which might place them in the normal range. However, they are likely to have more body fat, which is unhealthy.

Race and ethnicity also play important roles in obesity-related diseases and doctors need to factor that in while they are making their assessment.

Given these possibilities, the National Institutes of Health recommend that doctors use BMI and waist circumference as an indicator of abdominal fat; and risk factors such as smoking and drinking habits, high blood sugar, and hypertension, among others to determine the health risks related to obesity.

Five CBD Products That Faced Lack Of Demand During COVID-19

Robotics and the Future of Surgery