How Fast Can I Lose 10 Pounds? 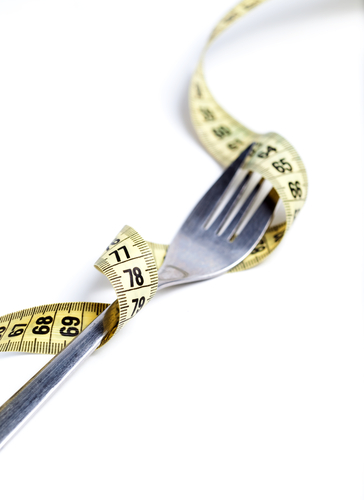 You can lose 10 pounds fairly rapidly with a very low calorie diet, or VLCD, although such an eating plan can result in regaining the weight just as quickly once you begin to eat normally again. It could take as few as two weeks to lose 10 pounds on a VLCD, according to the National Institute of Diabetes and Digestive and Kidney Diseases’ Weight-control Information Network, but it’s not the suggested route for most people who want to lose weight.

If you’d rather follow a healthier plan, you can opt for a low-calorie diet or simply decrease your calorie intake while increasing your physical activity. The speed at which you lose 10 pounds depends on several factors, including your age, weight, gender, and how much you eat versus how many calories you burn.

A very low calorie diet, or VLCD, is a diet typically only used in extreme cases. Kicking off an obesity management plan is a good example, and VLCDs are not something you want to try on your own.

The diet does not allow you to take in more than 800 calories per day and usually consists of specially formulated shakes, bars, and other supplements instead of actual food. Your doctor should oversee such a drastic weight-loss plan to ensure your body is getting the nutrients it needs during the diet.

The average person can maintain their weight on about 2,000 calories per day, so dipping down to 800 can come with side effects. These can include fatigue, nausea, constipation, or diarrhea. One of the more serious side effects is gallstones, which are not uncommon during radical weight loss if you happen to be obese.

LCDs can include regular foods, although you may cut calories with low-calorie meal replacement shakes and bars you can usually find at the grocery store. Although you can safely follow an LCD on your own, you do want to pay attention to what you’re eating to ensure you’re getting adequate nutrition.

The exact number of calories that you eat can be decided on based on your current weight and age as well as how physically active you are. Those are the same factors that play into how quickly you may lose 10 pounds following an LCD or any type of eating plan.

How do I figure out how quickly I can drop 10 pounds?

Calculating the rate at which you can lose 10 pounds can be estimated by doing the math. Each pound is worth 3,500 calories, according to the Mayo Clinic, so you would technically need to burn off 35,000 calories to lose 10 pounds.

You can’t just stop eating for a couple of weeks, as your body will adjust to the lack of food by switching into starvation mode to conserve calories. This switch will defeat your whole purpose.

Cutting back by 500 calories per day would take you seven days to burn off the 3,500 calories that equal one pound. If you’re losing one pound per week, it would take about 10 weeks, or 70 days, to lose 10 pounds.

Keep in mind that you will be burning slightly fewer calories as you lose weight since you will have a slightly smaller body mass. Weight can sometimes plateau after a certain amount of weight loss, at which time you may have to dip your calories a bit lower or add exercise to your routine to make those last few pounds come off.

What happens if I add exercise?

Exercise increases the amount of calories you burn, which can increase the amount of weight you lose in a given time. Let’s say you still cut 500 calories from your daily diet, but you also added one hour of running into your daily routine.

How to Pursue Strength Training the Right Way

How Much Is Health Insurance For A Baby?

Why Would I Need Lipitor?