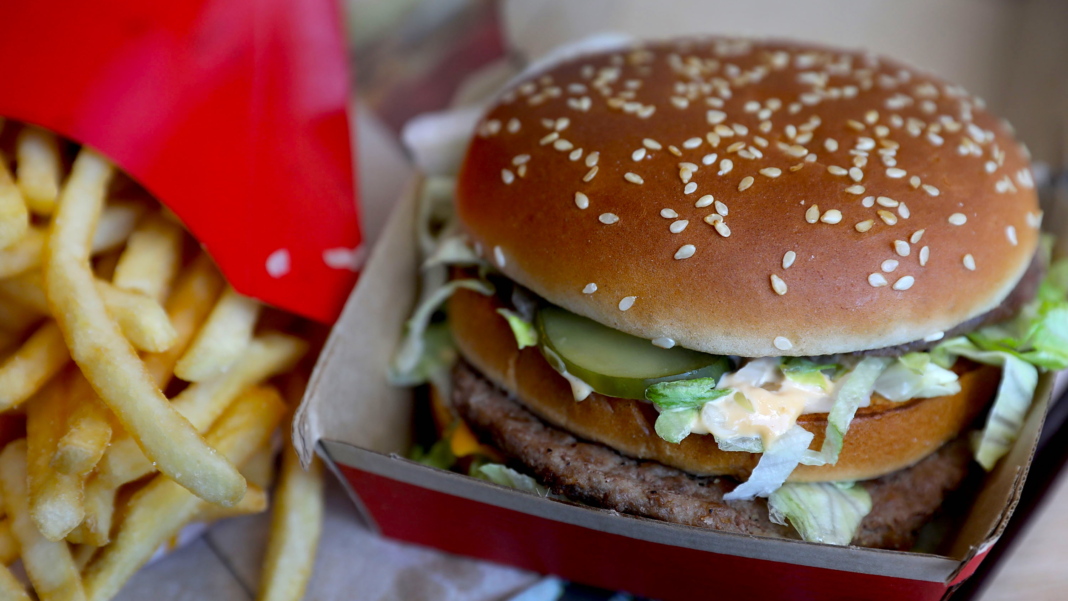 McDonald’s gets a bad rap in the media, although it’s made a lot of moves to change its image after the release of the popular documentary Supersize Me. In the film, a journalist resolves to eat McDonald’s for every for one month and documents the effects on his health. The results shocked many people and led McDonald’s to offering a wider variety of healthy menu options, including salads, fruit parfaits and baked chicken sandwiches. In many ways, McDonald’s now has a wider variety of healthy offerings than other fast food restaurants, and although it still hardly qualifies as health food, it’s not as it once was.

Despite these menu changes, there are still many traditional and hearty options on the McDonald’s menu. Perhaps the most famous is the signature sandwich, the Big Mac, but just how unhealthy is a Big Mac?

According to the McDonald’s website, a Big Mac has 540 calories. This figure seems to be for the sandwich without cheese, however, and other sources claim the calories to be as high as 704 calories when served with cheese and special sauce. Most average people require a daily caloric intake of 2,000 calories.

Calories aside, Big Macs have some other nutritional problems. A Big Mac has 29g of fat, 45g of carbohydrates, 75mg of cholesterol and a whopping 1,040mg of sodium. For comparison, a person should maintain a sodium intake between 1,500 and 2,300 mg a day. Sodium intake can lead to high blood pressure and heart disease; fat consumption, especially saturated fat from processed meat, also contributes to heart disease. High-calorie foods contribute to obesity, which is a leading cause of diabetes, heart disease and other problems.

The burger itself is not the biggest problem with a Big Mac meal. Most people don’t order a sandwich alone, but instead order the combo meal. A large order of fries has 570 calories, while a large drink has 373 calories. Altogether, the Big Mac combo meal accounts for 1,483 calories, leaving a person on a 2,000 calorie diet with very little else to eat in one day.

Many fast food meals rely on added fats and sodium as a way to enhance the flavor of inexpensive or low-quality ingredients. After all, fast food restaurants have to save money on ingredients in order to pass those savings along as low-price meals. Because the food is fast and cheap, the ingredients are often hyper-processed. Most processed foods include large quantities of sodium, fat, added sugars and other unhealthy ingredients to serve as flavor enhancers and preservatives.

If you were to create a hamburger at home with slices of fresh cheese, meat patties and buns, the results would have lower calories than a fast food burger and probably taste better. This is because the ingredients are fresh and thus do not need the additives in fast food.

Is a Big Mac the Worst Fast Food Sandwich?

Despite its high sodium content and calorie content, a Big Mac combo is actually not the worst fast food meal a person can have. In fact, there are numerous meals that are much worse:

At the end of the day, if you’re going to eat a fast food meal, a Big Mac isn’t that bad. If you skip the fries and drink water or unsweetened tea instead of soda, you can eat the sandwich itself with relatively little guilt. If a fast food dinner is a rare occurrence for you, it won’t do much damage. If, however, your diet regularly includes fast food meals, your waistline, wallet and health may begin to suffer.

Do Women Live Longer Than Men?