How Much is Health Insurance for Kids? 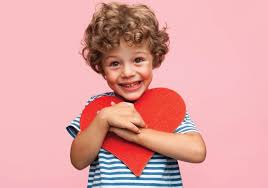 When providing health insurance for children, you can either purchase individual insurance or add the child to a group plan. For low-income families, the state offers either Medicaid, which is free, or the SCHIP, which varies between being free and a low premium. A range of private insurance options is also available.

Does my child qualify for Medicaid?

Medicaid, available in every state in the United States, provides more funding for the health of low-income Americans than any other source. A child’s eligibility is determined by means testing undertaken by the family. Qualification for Medicaid is based on several factors of which income level is only one. Generally, it is provided for all children aged six and under in families that earn up to $29,725 per annum, and for all children aged nineteen and under in families that earn up to the amount designated as the Federal Poverty Line, $22,350 per annum.

Does my child qualify for SCHIP?

If the government deems your family ineligible for Medicaid, then you might have the option of accessing the SCHIP. It is conducted by the Center for Medicare and the Center for Medicaid and covers around seven million children in the United States. Funding is provided at the federal level and passed on to the states. The conditions governing qualification for the SCHIP do vary from state to state, so it is best to check out the regulations in your particular location.

If your family’s total earnings do not exceed $44,100 per annum, your children aged nineteen and under are likely to qualify. Under the SCHIP, all preventive care is free, but various states might have cost-sharing programs for other medical needs.

What are the costs of private health insurance for my child?

It is difficult to estimate an average when it comes to private coverage. In 2009, the Kaiser Family Foundation and the Health Research and Educational Trust found that, across the nation, the average premium per twelve-month period was $13,375 for a family of up to four and $4,824 for one person. This represented a 5% increase since 2008 and a 131% increase since 1999. If you do the math here, you can work out quickly that including a child as part of a family plan is much more affordable than taking out individual policies.

However, the costs vary immensely, from state to state, and depending on the circumstances. States such as New York and Massachusetts tend to have high average premiums, while states such as North Dakota can be found on the lower end of the scale. Furthermore, as with all insurance policies, you can lower the premiums by raising the deductible or changing the level of coverage.

Generally, Health Maintenance Organization, or HMO, plans are up to $2,000 cheaper, per year, than Preferred Provider Organization, or PPO, plans. In the case of PPO plans, those insured meet the out-of-pocket expenses of treatment as they go, rather than by paying an up-front fee.

Insuring the health of children is a primary concern for most loving parents. There is a range of options available in the United States, from Medicaid and the SCHIP, which cover children of low-income families, to placing your child on the group program provided by your employer, to including your child on a family plan.

It is far more affordable to add children to a group plan of some sort than to purchase an individual policy. It is also important to keep in mind, that, once they reach the age nineteen, they are no longer covered by children’s health insurance and thus should look into appropriate options.