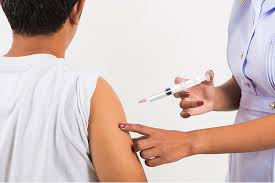 Ask any child, and they will probably tell you that they would prefer to go to school every weekend forever rather than going to the doctor once for a shot. As adults and parents, we realize that shots and boosters are relatively painless and necessary for disease prevention.

You will need many shots and boosters over your lifetime for maximum protection and good health. In order to stay up to date on this issue, it is important to find out how often you should go in for a tetanus booster.

Although very few people have actually experienced or seen it, tetanus is what most people refer to as lockjaw. It is caused by clostridium tetani, which is a type of bacteria that can live anywhere, but is most often located in dirt and animal waste. The bacteria give off a poison that can have major consequences for the human brain and nervous system. People who contract tetanus may experience severe seizures in their muscles, respiratory troubles, and even death.

While it is popularly known as lockjaw, it can actually affect other muscle tissue too. The disease is established when the tetanus poison, called tetanospasmin, gets into your body through an open sore or injury. Once this toxin reaches your blood, you have tetanus.

It may take up to three weeks for the disease to manifest itself after the toxin enters your body, but when it does, it starts as a rigid feeling in your face and jaw. You would then be subjected to a sort of ripple effect as the spasms travel down to your neck and chest, which will make breathing and swallowing an arduous task. It is also possible for the bacteria to navigate as far as your arms and legs.

Treatment for tetanus must come quickly or the disease can be fatal because victims either cannot breathe or the spasms affect the heart. The life-threatening effect of muscle spasms is apparent when you remember that the heart itself is a muscle and your lungs need the muscle surrounding them in order to work, so when something impinges on their ability to function, it is indeed critical.

Any type of bodily damage that involves cuts or blood can be a breeding ground for the tetanus bacteria, including bites, burns, and even tattoos. The best defense you have is not to get it in the first place, which requires due diligence in promptly tending to all kinds of scratches and lacerations. Also, it is important to see a doctor immediately if you are at all concerned that an injury is significant enough to initiate a tetanus infection, so that you can receive emergency medication just in case.

Why is a tetanus booster necessary?

There is no known cure for tetanus that has proven successful. Prevention requires receiving a shot from your doctor with the tetanus vaccine.

Tetanus shots are typically given soon after a baby is born. It is included in the cluster of shots known as DTaP, which combines vaccines for tetanus, diphtheria, and pertussis or whooping cough.

Your pediatrician will schedule a set series of shots to receive the full vaccine, which are injected into the fleshy areas like arms and legs, first at two-month intervals and then approximately every two years until the age of six. Those over ten years old must get a booster vaccine before the age of 18. After that, doctors recommend that adults be given a booster in ten-year increments.

As a result of this mandatory vaccination program for all children in the United States, tetanus cases in American are relatively unusual. However, if you plan to travel abroad, it is wise to get a tetanus booster shot before your trip. Additionally, anyone who has an accident or wound that causes a large or extreme gash should request a tetanus shot as a precaution.

What other booster shots do adults need?

When we think of vaccines and booster shots, many of us believe that this is something only needed by children and that, by the time we are grown-ups, we don’t need them anymore. However, boosters are crucial for adults as well.

For example, bacterial meningitis is still a problem in this country but some people have never been vaccinated, so cases are showing up among teens and young adults. In fact, many higher education institutions now require proof of immunization for potential students before they are permitted to live in dormitory facilities.

Physicians now recommend that all adults receive boosters to protect against shingles, the flu virus, and hepatitis B, especially if you are likely to come in contact with people suffering from these illnesses. They have also recently added HPV shots to the list of adult vaccines for avoidance of cervical cancer and genital warts. Additionally, regular DTaP shots are advised for adults to prevent you from getting sick or infecting any young children around you.