Is Sitting Too Much Actually Impairing My Health? 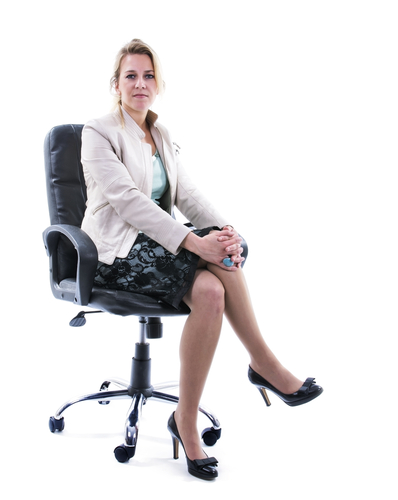 Most people today have comparatively sedentary lives. Whether at work, at home, or while commuting, we largely remain seated. Such constant sitting has been associated with a number of health issues.

Too much sitting has been linked with increased obesity, issues with blood pressure, high blood sugar, and elevated cholesterol levels. Sitting for extended periods has also been linked to cancer and cardiovascular disease.

Before the onset of civilization and modern times, people had to be fairly active to get food, do their home chores, and find entertainment. As modern lifestyles preclude the need for vigorous movement, we are seeing high spikes in sicknesses associated with sedentary activities.

Why is prolonged sitting bad for you?

As soon as you sit down, the electrical activity that runs through your muscles immediately slows down. This is followed by your calorie-burning rate dropping precipitously. If you sit still for 24 hours straight, you will see a 40% drop in glucose uptake in insulin, which can result in type 2 diabetes.

If you sit for more than six hours a day, within five days your body increases the production of fatty molecules and LDL cholesterol. As insulin resistance increases, your body’s blood sugar level spikes, resulting in weight gain.

As your body starts to gain weight and muscles start to atrophy, physical activity starts to get harder.

After a year of sedentary living, people start to see weight gain and high cholesterol readings, among others ailment. Life expectancy drops significantly. Heart disease mortality increases by 64%, while the risk of prostate and breast cancer goes up by 30%.

So, sitting for prolonged periods of time is a lot more harmful to the human body than previously understood. Indeed, some researchers compare the risk factors to be similar to those caused by alcoholism and smoking.

What are the medical impacts of a sedentary lifestyle?

An average American adult is sedentary for 60% of their waking hours, sitting for at least six hours a day, if not more. Indeed, people who work in offices in front of computers are much more likely to be seated for longer hours.

This lifestyle is being blamed for a range of issues, from osteoporosis to obesity and cardiovascular problems.

Additionally, research has shown that sitting for long periods of time decreases the secretion of the lipoprotein lipase (LPL) enzyme that helps burn away fat. This results in weight gain.

Sitting for hours can also decrease the mineral density of your bone, which raises the chances of getting a fracture.

Excessive sitting also leads to high blood pressure while reducing arterial diameter. This can increase the chances of getting heart diseases.

And, unfortunately, too much sitting can literally kill you. Research has shown that individuals who spend too much time sitting down tend to die earlier.

Indeed, a study done with over 100,000 adults in the U.S. found that people who sit for more than six hours a day have a 40% higher risk of death in the next 15 years as compared to those who sit for less than three hours a day.

What can I do to lessen my risk from sitting too long?

Given our work culture and lifestyle, it is close to impossible to avoid long periods of sitting down. However, experts and doctors have made multiple recommendations to decrease the chances of sitting-related diseases or death.

Such interventions include taking frequent breaks through your day, doing exercises as you sit at your desk, and keeping yourself hydrated.

There is an emerging trend of using desks that allow people to stand and work. While relatively uncommon, its usage is expected to surge as employers see improved productivity and lower healthcare costs.

Walk or cycle to work regularly, if possible. While it is difficult to expect harried and always-short-on-time people to walk to work, especially in America’s far-flung suburban geography, it might help to park further away from the office, supermarket, or other buildings to which you are heading.

Set an alarm clock to remind yourself to take breaks. While taking breaks, walk around the office to get some exercise. Not only will this allow you to talk to your colleagues face-to-face, but it will also get your blood flowing.

Even when you are sitting, try to not remain still. Do some stretches periodically. Many people are trying to use specialized equipment like yoga balls and treadmill desks.

Is exercising enough to counter sitting down for long periods of time?

Unfortunately, if you spending a lot of time sitting down, just hitting the gym, no matter how hard, is not going to reverse the negative impacts. While it might improve your overall health, you still have a higher likelihood to die earlier than others who sit less.

An extensive study found that sitting for prolonged periods of time impacts women more negatively than men. If you add physical inactivity to long sitting sessions, the chances of mortality shoot up exponentially.

A Guide to Your First Trimester

Are Fad Diets Dangerous for Your Health?