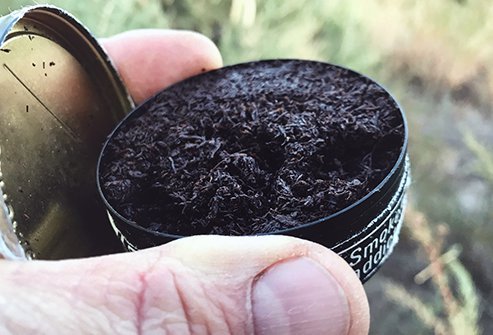 Many people are under the mistaken impression that smokeless tobacco is a safe alternative to cigarettes, cigars or pipes. This is far from the truth since smokeless tobacco carries its own health risks, according to the Mayo Clinic.

There are several types of “smokeless” tobacco products, so called because instead of lighting them you chew or snort them. While these types of tobacco do avoid the problems associated with tobacco smoke, including lung diseases, they can cause many types of cancer, including that of the lip, throat and mouth. The various types of smokeless tobacco include:

In some ways, smokeless tobacco is less dangerous than smoking. However, the dangers are not minimal and in many ways are simply transferred from one part of the body to another. Smokeless tobacco is still associated with a number of health dangers, including:

Quitting Is Your Best Option

Although it is difficult to quit any form of tobacco, the benefits are well worth the effort. The moment you stop smoking, dipping or chewing you begin to gain health benefits. Smokeless tobacco is not a good substitute for cigarettes, although many people who are attempting to quit smoking switch to smokeless tobacco. It is more likely that you will end up both smoking and using smokeless tobacco.

Quitting smoking for good usually involves both physical and mental support. There are drugs that can lessen your craving for tobacco along with over-the-counter products such as gum and patches. Mental support can be gained from group sessions with others who are trying to quit or from a mentor who can give you guidance. Support from family and friends is also helpful when you are trying to quit using tobacco.

Tobacco is highly addictive, so do not believe that you can quit without help and support. Talk to your doctor about your options for quitting, or visit websites such as the American Lung Association to identify resources to help you stop using tobacco of all types.