Is There a Cure for Migraines? 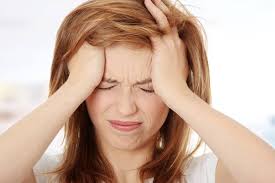 Although there isn’t necessarily a cure for migraines, there are things that can be done to help relieve their symptoms. For many people, migraines are more than just headaches. They can be extremely debilitating, causing sufferers to have to lie down in a dark room for hours and often miss work.

There are many different things that can trigger migraines for those who are susceptible to them. Keeping these triggers to a minimum is one way to decrease the frequency of migraines. For those who continue to be plagued by them, there are a number of treatments to try.

What are the symptoms of a migraine?

Migraines are severe headaches that are usually accompanied by other symptoms. The headache is usually a throbbing one that affects one or both sides of the head. Many migraine sufferers are sensitive to noise and light and have a lack of energy. Many will also have nausea that may or may not lead to vomiting.

According to the Migraine Trust, some people will also have an aura before the migraine starts. An aura refers to certain neurological symptoms that occur. They may see spots, have tingling or numbness, or experience severe dizziness. They may also have trouble with their hearing and speech, feelings of puzzlement and fear, and memory changes.

If experiencing the symptoms of a migraine isn’t bad enough, migraine sufferers also get to deal with a recovery period. Once the migraine has faded away or stopped, you still may have lingering symptoms, similar to a hangover, that last for hours or even days after the attack.

What causes a migraine?

The Mayo Clinic reports that there is no definitive cause of migraines, although there are some theories and known triggers. It is strongly believed that changes in the brainstem, nervous system, and brain chemicals may cause migraines.

Even without a definitive cause, there are some known triggers that seem to bring on migraines in certain people. Some people are sensitive to certain foods, which tend to trigger migraine attacks. Some common food triggers include aged cheeses, aspartame, chocolate, red wine, MSG, processed foods, too much caffeine, and salty foods.

Females are more prone to get migraines, according to Women’s Health. The happen most frequently to women between 20 and 45 years of age. One of the reasons that 75% of migraine sufferers are women is because hormones play a part.

Changes in estrogen level tend to trigger headaches. Migraines seem to be higher before and during the menstrual cycle, as well as during pregnancy and sometimes during menopause. Taking medications containing hormones, such as hormone replacement therapy and oral contraceptives, also triggers migraines.

Environmental changes, high physical intensity, and sleep pattern changes can trigger a migraine. Sensory stimulation can also trigger them, such as bright sun and lights, loud sounds, and unusual smells. A high stress level is also a big trigger when it comes to migraines.

What are some good treatments for migraines?

Since migraine symptoms vary from person to person, there is no one treatment that fits everyone. If you suffer from migraines and are not getting relief from a certain treatment, continue to try different treatments recommended by your doctor.

Medication is one avenue to try. There are different categories for migraine medication. One is for pain relief. These drugs are taken once the symptoms have started and are intended to stop them.

For those who get migraines on a regular basis, there are also preventive medications that can be taken. These are taken usually on a daily basis and are supposed to prevent the blood vessels from swelling. These drugs do not help with migraine symptoms, however, so you would also have to take other medicines if a migraine did develop.

People who have suffered from migraines for awhile usually know what tends to trigger an episode. Managing those triggers is an important step to preventing further migraines.

Although medications work for some people, not everyone has good results from them. Additionally, they are associated with side effects that can be unpleasant. Fortunately, there are a number of non-drug treatments available.

Because migraines tend to be caused by interferences to the nervous system, chiropractic care has been found to help with many migraine cases. The National Migraine Association reports that chiropractic care resulted in substantial improvement in the disability, duration, and frequency of migraines. It also names Gut Brain Therapy, which deals with the digestive system and the brain, as an up-and-coming preventative treatment.

Certain herbs, minerals, and vitamins are also recommended to help prevent migraines from occurring. Feverfew Leaf and Petasites Hybridus (sold as Petadolex) have shown good results in tests for those with migraines. Magnesium and Vitamin B2 have shown some promise as well.

For most migraine sufferers, sleep tends to be the most consistent treatment to get rid of an existing headache. Lie in a quiet and dark room with no stimuli and rest your head on an ice pack. Usually, a few hours of sleep is enough for the attack to subside.