Robotics and the Future of Surgery 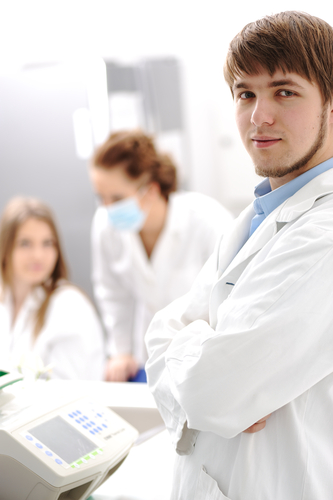 In science-fiction movies, robots do everything from taking care of our children to trying to take over the world. Since the 1930s, people have been fascinated with the concept of machines that think and operate like humans. We have imagined numerous scenarios where robots become a significant part of our lives.

Although life-sized robots do not walk among us, at least not yet, all that imagining and dreaming has not been wasted. Scientists and inventors have worked tirelessly to create machines that perform functions equal to and in some cases better than humans, making certain tasks easier and safer. There is now certainly a place for robotics in the future of surgery.

Robotics in Our Everyday Lives

Today’s robots do not resemble humans but, it can be argued, they do remove some of the drudgery and danger from our lives. You can find robotic technology in nearly every facet of human existence, from household chores to computer production.

Work that is too dangerous for humans is often done by robots. Drones used to disable bombs and detect deadly chemicals have been responsible for saving countless lives of soldiers, firefighters, and the general public.

In addition, jobs that some consider too monotonous or time-consuming for humans have proven to be the perfect tasks for robots. Industries such as automotive, food packaging, military, and toy makers have all used robotic technology to improve their operations.

Utilization of Robotics in Health Care

With technology, we have become accustomed to wanting everything, and we want it right now. Phone and computer applications allow us to purchase anything and have it delivered to our door or ready for us when we get there, because we don’t want to wait.

This same mindset has been extended to health care. Even when surgery becomes necessary, we want to heal immediately and be back on our feet without waiting or delay. Perhaps this thinking has been the driving force behind robotic advances such as minimally invasive surgical techniques.

When you think about the entire history of medicine, robotic surgical technology is still in the early stages, but growing in popularity as more and more medical facilities invest in the equipment and position themselves as leaders in this exciting field. Medical procedures that used to require major surgery and long recovery times can now be done quickly, sometimes on an outpatient basis, thanks to the wonders of robotic technology.

Procedures such as laparoscopy, biopsies, and the endoscopic cameras used to look inside a patient’s body to make a definitive diagnosis were all developed with the help of surgical robotic technology. As a result, these types of operations and tests have become more routine and less hazardous.

Surgical robotics typically involve three-dimensional imagery, and various methods to increase the doctor’s range of motion and steadiness, virtually eliminating the traditional disadvantages of excess bleeding and mistakes that may occur from shaky human hands. This leads to a more controlled situation overall.

The medical community has appeared to welcome the arrival of technology that is more advanced so superior surgical robots might someday perform operations independently, without being touched or affected by the limitations of human hands. Proof of this lies in the fact that the Food and Drug Administration, the governmental regulatory arm that oversees food and medicine, has already recognized and endorsed some robotic technologies for health care.

Robotics is currently being used for a wide variety of medical procedures such as heart surgery, hip replacement work, and some organ removal. As for the future, research is currently underway to determine whether surgical robotics could be used by the military in wartime, allowing real doctors to operate remotely to save the lives of troops without endangering the surgeons trying to give assistance.

Costs of Using Robotics in Medicine

Like most areas of our lives that have been touched by technology, there are both advantages and disadvantages of doing things faster as it has been proven that quicker is not always better. One concern is the phenomenon of decreased human contact; another is cost. There are different schools of thought on the cost effectiveness of using surgical robotics.

The technology itself is still very expensive, with individual machines costing up to a million dollars each, or more. Of course, this price has to be combined with the cost of equipment maintenance and upgrades. Studies have shown that the use of robots in surgery can increase a medical bill by thousands of dollars.

On the other hand, minimally invasive procedures require less hospital time and offer a quicker recovery. This can mean fewer sick days in the workplace and a reduced drain on the health insurance system.

One could look at surgical robots the same way as computers. At their beginnings, computers were as large as an entire room and people were unsure how useful they’d be for everyday lives. Now, they fit in your hand or on your lap and some people truly can’t live without them. Only time will tell how robotics may affect the future of surgery.

6 Things You Need To Know About Autism

Is There a Cure for Migraines?