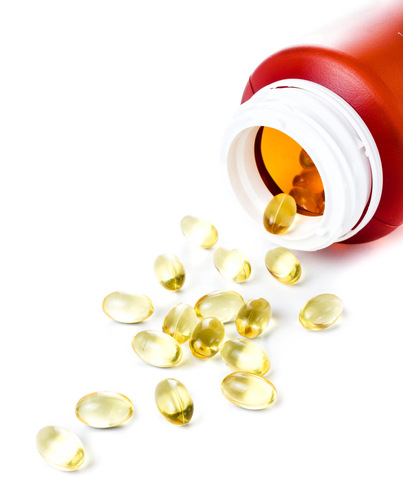 Although taking supplements can positively add to your nutritional regimen, there are dangers of taking fad supplements. As people are trying to be healthier, supplements have gained in increasing popularity over the years. Although there are many legitimate supplements on the market, there are some that are not all that they are cracked up to be.

Because companies recognize the popularity of supplements, they will make claims that a certain herb or food type is a miracle drug. Unfortunately, many consumers jump on the bandwagon without doing any of their own research. Once the next miracle fad comes along they switch to that one. This is not only a money waster but can also be dangerous.

One of the dangers of any supplement is that they are not regulated in the same way as prescription and over-the-counter drugs are. Manufacturers of supplements are not as closely regulated by the Federal Drug Association, which means that they can be more creative with their claims and advertising.

Although supplement companies can’t lie, they can be more general with claims that are difficult to prove or disprove. The content in supplements is also not controlled by the FDA, so formulas can change from one batch to another or there can be ingredients that are not even listed on the label.

The FDA can step in once a supplement is on the market. If there is an unsafe product or ingredient that has been reported, it is the FDA’s responsibility to take action against the claim.

Some fad supplements, especially those that advertise quick results, contain ingredients that can result in unfavorable complications or some consumers. These ingredients can cause health problems, both in the near time and over time, which poses concerns for those using them.

Ephedra is one example of a dangerous ingredient in supplements. Years ago, supplements were released promoting quick weight loss. The main ingredient in many of these was ephedra, which is a Chinese herb also known as Ma huang. Although it has been used safely for thousands of years by herbalists for many health conditions, it was also used in proper concentrations.

The supplements containing ephedra had high doses of the herb. Although this helped produce results due to its stimulation of metabolism and fat burning centers, it also resulted in dangerous side effects.

Common side effects of ephedra included increased blood pressure, increased heart rate, anxiety, and insomnia. More serious side effects were strokes, heart attacks, and even death in some instances. Because ephedra was often combined with caffeine, the results were even more intense and dangerous, especially for those sensitive to stimulants.

Due to the side effects being reported, the FDA stepped in and eventually banned ephedra from use in all dietary supplements. This doesn’t mean that there aren’t other herbs being used that can have similar dangers.

Even the military struggles with fad supplements and diets. The Defense Video & Imagery Distribution System reports that members of the Marines have had issues with fad diet supplements.

In order to drop weight fast, some overweight Marines turned to supplements that contain herbal stimulants. Although they lost weight, there was also a risk of health problems and most of them gained the weight back once they stopped taking the supplements.

Fad supplements also carry the danger of not mixing well with other medications or food. A supplement may be safe on its own but not when taken in conjunction with something else.

The American Heart Association reports that certain supplements, even regular vitamins, can disrupt the balance of blood thinners.

The American Family Physician says that some supplements demonstrate pharmacologic action and can affect the metabolism, disposition, and absorption of other drugs. It also reports that patients with chronic conditions have the greatest risk of a negative reaction between drugs and supplements.

If you are considering taking a supplement and you are currently taking medication―either prescription or OTC―speak with a healthcare provider first. Make sure the new supplement won’t interact poorly with what you are already taking.

Unfortunately, some of the fad supplements have no positive results. Although the claim that a certain herb can help may be true, you need to look at the big picture and do more research. The herb may only be beneficial in high concentrations or amounts but the amount in the supplement is very low. In this case, taking the supplement will not do anything for you.

People who follow fads are usually willing to hand over however much money it takes. This can equal hundreds and even thousands of dollars down the toilet if the supplements don’t have any effect.

Although there are many good and reputable supplements available, be wary of fad supplements. Stay away from grand claims and promises of quick fixes, as this is usually a hoax.

Treating the Lingering Effects of Whiplash

The Response of Biopharma Industry to the COVID-19 Emergency