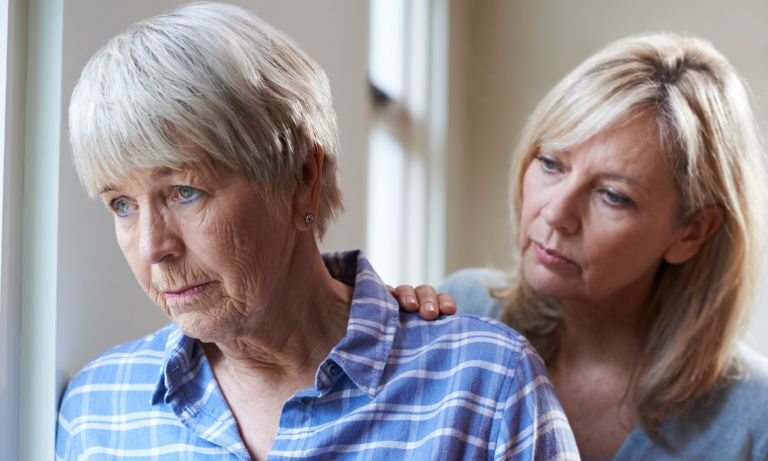 Many people have heard the term “Alzheimer’s Disease,” but there is a great deal of confusion about the real meaning and what constitutes an Alzheimer’s diagnosis. Understanding Alzheimer’s can help you cope with the possibility that you or someone you love may be suffering from this disease and can help you understand what you can and cannot do to help Alzheimer’s patients.

According to the Alzheimer’s Association, Alzheimer’s is a form of dementia that affects patients mentally, emotionally and physically. Alzheimer’s symptoms generally develop very slowly and appear sporadically at first.

Alzheimer’s is the most common form of dementia, accounting for between 50 and 80 percent of all dementia cases. The majority of sufferers are over 65 years of age, although about five percent of Alzheimer’s patients have the early-onset form of the disease, in which symptoms appear in the 50’s or even in the 40’s.

Most people live an average of eight years after symptoms appear. Symptoms start with loss of memory, irritability, and faulty cognitive processes that only appear sporadically. As the disease progresses, the symptoms become more noticeable until the patient can no longer relate to the outside world or carry on a conversation. Alzheimer’s patients are unable to participate in their own care and require constant attention.

Alzheimer’s is the sixth-leading cause of death in the United States. Alzheimer’s affects not only the patients with the disease but also the caregivers and family members who must watch the deterioration of the patient, helpless to do anything to stop the progress of the disease.

Currently, there are no cures for Alzheimer’s, nor is there any way to slow the disease’s progress. However, certain drugs can lessen the symptoms of Alzheimer’s temporarily and allow the patient to enjoy a better quality of life with his or her family.

While many insurance companies will pay the cost of treatment for Alzheimer’s care, few pay substantially toward nursing home fees. The Affordable Care Act contains several provisions that may help patients facing the challenge of dealing with Alzheimer’s. In short, the ACA provides for the following:

Although these changes have helped seniors deal with the realities of Alzheimer’s, many of them still find themselves unable to meet all the financial and emotional burdens of care for a loved one.

Many areas sponsor support groups for the patients and families living with Alzheimer’s. This support becomes more necessary once the disease sets in and families are struggling to deal with Alzheimer’s patients. Support groups may be able to direct family members to resources or programs that can help them, and can also provide much-needed emotional buttressing. Sharing experiences with those who are dealing with the same problems can often have a soothing and beneficial effect on Alzheimer’s caregivers.

What Are The Warning Signs of Alzheimer’s?

While no one should worry unduly about getting Alzheimer’s in old age, early detection offers the best chance of medical intervention that can lessen the symptoms of this disease. The Alzheimer’s Association lists ten signs of developing Alzheimer’s that include:

If you see these symptoms in a loved one, contact a doctor immediately for an assessment.

How much do Asthma Inhalers cost?

What Vaccines Should Adults Get?