What is the Mumps? 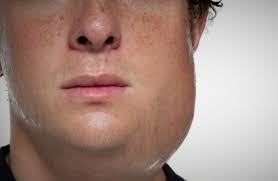 In the not-too-distant past, thousands of people used to die each year from diseases like small pox, polio, and scarlet fever. Now, in the 21st century, it is very uncommon to hear these ailments discussed and it is even rarer to see an actual case of these illnesses.

This does not mean that these diseases have been completely eradicated. More often, it indicates that we have discovered ways and medicines to manage them. In fact, these conditions are so scarce you might not know or remember what they are and you may find yourself asking, “What is the mumps?”

How do you know when someone has the mumps?

Old movies and cartoons would usually show someone who has the mumps with a scarf or bandage tied around their jaw and fastened at the top of their head. Since the condition is so rare today, you might need such an obvious display to know that a person has mumps.

With a name like mumps, this condition looks exactly as you might expect. They are characterized by swollen, meaty-looking lumps on the sides of your face. If you can imagine yourself with very long sideburns that continue to grow beneath your chin, this will give you an idea of the area that becomes swollen with the mumps.

Mumps actually affects your salivary glands, located throughout your mouth and throat, under your tongue, and just under your cheeks. The purpose of saliva is to keep your nose and mouth moist and to help you break down and swallow food.

The disease is not typically serious or life-threatening. It starts out like many other ailments, with an increase in body temperature, aches and pains, lack of energy, and a decreased desire for food. A little while later you will begin to notice that distinctive puffiness in your face.

If you become infected with the mumps virus, there is not much that can be done except to simply wait for it to end and eventually leave your body, much like a cold or warts. It can take up to 14 days for this to happen.

Doctors recommend that people with mumps stay away from others until they are no longer contagious, which happens after the first few days. During that time, it is best to get plenty of rest. You may also want to take a mild fever reducer and use heat or ice to relieve the tenderness and irritation.

Today, the few people who acquire mumps usually only experience a week or two of discomfort and inflammation. Nevertheless, it is possible to suffer extreme complications. Among them are the potential of becoming deaf, as well as swelling of the brain, called encephalitis. The mumps virus can also instigate enlargement in other areas of your body, like the spine and reproductive organs.

Although mumps have not been completely wiped out in this country, new occurrences are fairly exceptional due to a mandated program of vaccinations in the United States. It is important to keep these immunizations up to date, particularly if you are planning a trip.

What is the purpose of vaccinations?

Since the 1950s, children in America have been routinely vaccinated against a variety of diseases that were once considered deadly. The most common vaccinations protect us from measles, chicken pox, rubella, and pertussis or whooping cough.

These vaccinations begin with newborns and continue until the pre-teen years. In fact, a child is not permitted to attend school or participate in organized events without proof that he or she has received their vaccinations on schedule.

Why are some previously rare diseases now making a comeback?

There are approximately a dozen cases of mumps reported each year in America. In recent years, outbreaks have periodically taken place in some areas. This has mainly been due to people who travel to different countries or when one or two infected people pass it on to others in close quarters.

In all cases, vaccinations make a big difference. If exposed, you are more likely to contract an illness when you have not been vaccinated against it.

While the effectiveness of vaccinations has been proven just by the fact that we are seeing less of the diseases, some people remain skeptical. One reason could be certain accounts in the media for the last few years that vaccinations could be a cause of autism. However, medical experts have found no link between the two and caution against using these studies as a justification for not getting your child vaccinated.

Others might be concerned because vaccinations essentially require a small amount of the actual disease to be injected into your body to teach your immune system to fight it. On the surface, this can seem quite dangerous. In truth, research has shown that the potential risk of getting sick from the vaccine is significantly less hazardous than what would happen if you actually acquire the disease.

Is Reviews Help To Pick And Collect Valid Information?